I have made a nearly two-hour long album.

That sounds really long, I know. But consider this: it is a piece of music that represents events that happen 10,000 years to 10101056 years in the future. It is at least shorter than what it represents!

The other thing about it is that it’s ambient music. If you’re not familiar with ambient music, it’s music that works even if you don’t pay attention to every second of it.*

So, I recommend that you put it on, and maybe pay attention to the first three minutes in which a lot of attention-getting stuff happens. Then, go about your day, and let the piece play. Sometimes you’ll notice it, sometimes you won’t. Tempo waves will come and go, and you’ll learn about things that will happen long after we’re all dead.

Here it is on Bandcamp:

You can stream it for free, or buy it if you want the mp3s. (If it you’re currently having any financial discomfort, email me at jimkang@fastmail.com, and I’ll get you a free copy, no questions asked.)

You can also have your browser perform the piece for you “live” here:

This web app is not as portable as the recording on Bandcamp (and less future-proof), but the nice thing about it is that the piece is slightly different every time you play it. And it has subtitles that tell you the time at which each of these events will happen.

This piece isn’t for everyone, but I like to imagine there’s around twelve people in the world that would really be into it. I hope those twelve people find it! So, please send this to anyone you think might like it to increase our chances of finding The Twelve.

* Though once you’re acclimated to ambient music, it can be rewarding to listen to every note closely. It works both ways!

Sometimes, this property of ambient music—that it works with peripheral attention and doesn’t require focal attention—causes people and corporations to consider it less valuable and not art. This is wrong. 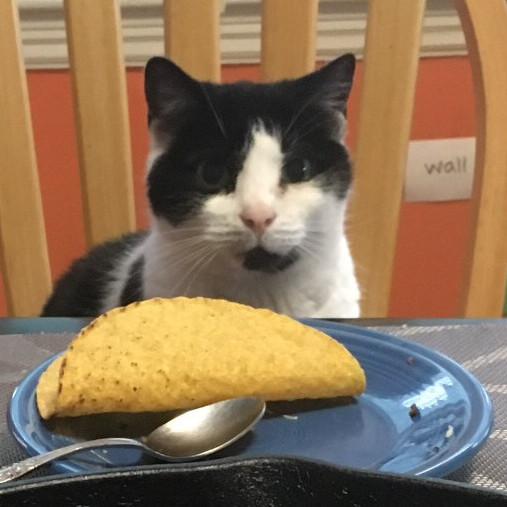 If you want to read even more email, here are the liner notes, which I wrote using my Serious Artist voice:

The Sound of the Far Future is an ambient concept album about events that scientists postulate will happen in hard-to-fathom amounts of time in the future. These events are famously collected in the Wikipedia article The Timeline of the Far Future. They include the decay of protons, the heat death of the universe, and false vacuum decay.

The events happen between now and 10101056 years from now. In this piece, these amounts of time have been scaled down so that the piece can play these events within the space of two hours. The events are represented as clusters of horns and speech.

The passage of years is represented by two to four vibraphone voices. Their rhythmic, harmonic, and timbral choices become more entropic over time, and their performance becomes wilder. (This was informed by Laurie Spigel’s writing about the application of information theory to composition.) Time pushes tempo and dynamics waves through feels and moods.

Time is the tool that the piece uses to communicate the vastness of the future beyond humanity’s involvement. Events are frequent early on (until about 1 quadrillion years). Because of the limits of scientific prediction and human knowledge, predicted events are sparse beyond that point. The piece takes the listener through the space between these isolated events. The piece and the listener spend time in the present to earn a sense of these vast gulfs of future time.

The piece is played entirely by web browsers. The recording required the horns and vibraphones to be played in separate takes, though one browser can handle a “live” rendition. The source code for the program that both executes the layers of composition rules and plays the music is available for anyone interested in reading or hacking.